They did not yet understand the scripture that he had to rise from the dead. We get Christmas, when God steps into our world of birth, babies, and family. The resurrection isn’t so easy. As Cardinal Ratzinger wrote:

Here God has not entered into our familiar life…he has broken through its limitations and entered a new realm beyond death. He…goes before us in a vast, unknown expanse, holding the torch aloft and encouraging us to follow him. However, since we are acquainted only with things on this side of death, there is nothing in our experience we can link with these tidings…we are feeling our way blindly in unknown territory.[i]

Today only the disciple Jesus loved “sees and believes.” Jesus, who was crucified, has risen. The resurrection confirms what Jesus did for us on the cross.

In Jesus God poured himself out into our disfigured world, into the indifference, betrayal, and cruelty of a humanity that would rather murder that be changed.

Survival of the fittest. Sell to the highest bidder. Me, stable genius. Me, Great!…again.

God reveals that his love is stronger than our ability to sin. Jesus, the new Adam, reverses the choices of our first ancestors.

They believed the lying serpent who said they didn’t need to rely on God as the source of life, but only on themselves—and death, sin, and disorder began to oppress humanity.

The new Adam shows his absolute trust in God by accepting suffering and willingly dying, beginning the reordering of everything.

We start to “see and believe” in the Resurrection when in our lives suffering and death have become birth pains, signs of the new and eternal covenant “in my blood.”

We start “to see and believe” when our experiences of doubt, sorrow, illness, vulnerability, injustice and betrayal become a sharing in his compassion for us. They make us one body, one spirit in Christ.

In union with the Risen Christ, we live with new intimacy and gusto.  The real joy of life is in laying it down and spending it for others.  You young parents know this. You grandparents know it better.

Jesus is going to send us from the empty tomb to his sisters and brothers, for by being baptized into his death, that is just what we have become—a new creation, brothers and sisters of the new Adam.

The Jesus we encounter on Easter Day is the same human, compassionate One we knew.  Now he is so much more.  He has overcome fear.  He has conquered death.

He knows, as we yet cannot, what lies beyond the suffering that leads to new life.

Forever with us, within us, among us, he tells us again and again not to be afraid of him, of labor pains, of the cost of love.

He holds the torch aloft and encourages us to follow. 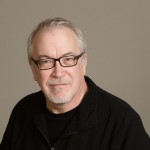